We love to give you an insight to the Para-Sols team so you can get to know us better! This week we’ve been quizzing Jo, one of our longest running members of staff…

Favourite Film… Singin’ in the Rain

If you were a chocolate bar what would you be… Reese’s Nutrageous Bar – not only because I’m delicious but an acquired taste… I’m also nutty and love a very poor pun!

If you could have one superpower what would it be… Well I can already decipher Advisers handwriting, so that’s a pretty rare superpower… but apart from that, telekinesis/telepathy.

My team would describe me as….Amazing, beautiful. The best person they’ve ever met…. Though this would be after my new telepathy powers made them say that…. I did a quick survey and the overwhelming winner was “sarcastic”. Yeah, real original guys….

What would your last meal be…I don’t know. I plan to die a super cool, rock n roll death so won’t be able to arrange it.

If you were stranded on a desert island what 1 item would you take… Bear Grylls.

Favourite Book… To Kill a Mockingbird

Life Motto… If you see someone and they haven’t got a smile, give them one of yours! 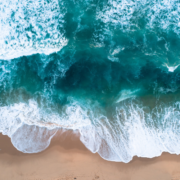 Offshore Bond and use of personal allowances

We came across an unusual case recently, which involved a bit of head scratching, and so we thought we’d share it with you here as a case study, in case you come across a similar scenario with any of your clients….

The case involved a client potentially surrendering an offshore bond with a significantly large gain whilst the client is a nil rate taxpayer. For various reasons, the aim was to surrender the bond in full, in our analysis focused on the tax implications of this.

Client has state pension income of £6,000 per annum and bank account interest income of £1,000 per annum. She has an offshore bond set up just over 7 years ago which she has withdrawn from at times, but always keeping within the 5% annual allowance.

Husband is a higher rate taxpayer and so there is no one better positioned to potentially assign the bond to prior to surrender.

We found it extremely difficult to find examples of someone with such low income, but such a potentially huge gain. The process we followed was:

First the gain is calculated as normal:

The next step was to take this gain and reduce it by any available savings allowance and personal allowances she has as a nil rate taxpayer.

This allowance can be subtracted from the overall gain to arrive at the taxable gain.

We can then apply top slicing relief to the bond to establish what tax bracket the bond gain will be subject too.

As we have used her personal and saving allowances to reduce the gain, the level of income applicable at this stage is now £15,600 (total of current income/interest plus remaining allowances used)

The top sliced gain added to this keeps her within the basic rate band (£24,995) and so the whole adjusted gain will be subject to basic rate tax at 20%.

As noted, we found working examples of such a scenario almost impossible to find, despite spending many hours trawling technical and government websites – such fun! This does show the importance of factoring in remaining Personal Allowances and Savings Income Allowance on a bond surrender; for this client, it has resulted in an effective tax rate of around 6.2% which is pretty good for such a large surrender and high gains.