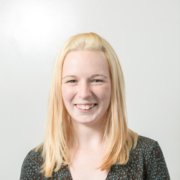 In the latest instalment of our regular Meet the team features we catch up with Bernie. One of our longest serving members of staff, Bernie has been with company 4 years! She’s the foundation of our Admin team and supports the Paraplanners on a daily basis.

If you could have one superpower what would it be… Fly

My team would describe me as…. Chatty

What would your last meal be… Parmo

If you were stranded on a desert island what 1 item would you take… My bed! 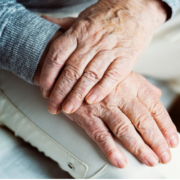 There will be a number of individuals with older pension plans, containing guaranteed annuity rates or guaranteed minimum pensions that look attractive considering the rates available now. A general trend for most individuals has been to increase flexibility and the position on death, at the expense of these guarantees.  For some individuals however there may be the option where the use of a guarantee on an older pension plan can tie in with basic retirement objectives and provide some tax efficient planning, at least over a short period of time.  The following example looks at this in more detail.

The client is 62 and had retired from his employers defined benefit scheme at 60, taking a pension of around £3,000 per annum. He does some self-employed part time work earning around £2,500 per annum, and has no real plan to stop this while he still enjoys it and is fit enough to continue with it.

His wife is already in receipt of state pension and a teachers’ pension providing a combined £15,000 per annum and these sources of income at this time are sufficient to meet expenditure needs, particularly as his full state pension will also come into payment in the not too distant future.

In addition to the pension in payment, he has a couple of uncrystallised pension arrangements with Aviva and Phoenix Life. He has not to date been pressed to look into these as the income elsewhere is meeting retirement needs.

He does however now need a capital lump sum for a few expenditure needs, namely a holiday and assistance with his daughters planned wedding. As him and his wife only have capital consisting of a £7,000 emergency fund, he wishes to consider his uncrystallised pensions to meeting this.

The Aviva plan is a stakeholder pension with a value of circa. £85,000 and the Phoenix Life a personal pension with a value of £47,000. The Phoenix Life plan has an enhanced entitlement to tax-free cash now worth just under 55% of the fund value at £25,596. To get this lump sum he would however have to purchase an annuity with the remainder. To take just the tax-free cash and designate the rest to drawdown, he would have to transfer and forfeit the enhancement.

The option to consider is taking the enhanced tax-free cash and selecting a level annuity with a 10-year guarantee and 50% spouse benefit. Based on his age and the rate offered, he will receive £774.72 per annum, paid monthly at £64.56.

As the income falls within his personal allowance, he can receive this tax-free. As there is no immediate need for the additional income, he can contribute this to the Aviva stakeholder plan he has.

This effectively provides ‘free’ tax relief and helps create further pension savings for later use, including more of a PCLS.
Most importantly, this secures the immediate enhanced tax-free cash of over £25,000 which is only available via an annuity purchase anyway. This makes the fact that an annuity needed to be purchased less of an issue as there is scope to gain extra from it at least in the next few years.

He can ideally continue to contribute the annuity to a pension while he pays no tax on the annuity itself but even if it became subject to basic rate tax, the contributions can continue (now being tax neutral and illustrated in the table below) for the provision of further PCLS in the future.

Contributions from the annuity: 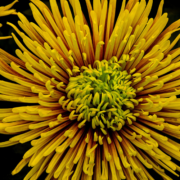 So it is almost October and for a lot of us that means exam time! I’m currently working my way through my level 4 diploma in regulated financial planning, which includes 6 exams. This means that at the moment I have an exam every 2 or 3 months in addition to my 9-5 job, so plenty of studying!

Everyone has their own approach to exams, and different techniques work for different people. So what works for me may not work for you! But here are a few things I’ve found work/ don’t work….

1. Pace yourself. With an exam every few months, it’s easy to forget about it then cram in the last few weeks/ few days. This means a mountain of info to take in in a very short time – so I prefer to set myself a certain amount to do each week, say a chapter, so it isn’t all left to the end, and (hopefully) I take in more of it!
Don’t get me wrong, in the last couple of days before the exam I cram, but it’s a lot easier to cram the last couple of chapters than the whole book!

2. Study techniques. Try out different techniques, see what kind of revision helps you memorise stuff – visual, auditory etc. I’m an auditory learner, so listening to audio books on the material helps, as does reading the book out loud – although housemates/spouses may not thank you!!

3. Make a note of topics you aren’t sure of as you study. Sometimes it isn’t possible to go over the material multiple times, and when you have already taken something in can be a waste of time too. If I know what I’m not sure of, I know which little bits to go over again.

4. Don’t overdo it. I think this is pretty important. There is a point where info stops going in, so all you are doing at this point is wasting time or stressing yourself out. I don’t just mean this in terms of plenty of breaks, although that is important too as every study tips guide will tell you! I mean the amount of your spare time that you spend studying. Doing a bit of study each week in your free time is fine – studying all weekend, every weekend is overkill! Allocate yourself the amount of time (roughly) you are going to spend studying, and then stop.

5. Use your time wisely. I have a pretty long commute at the moment, so by the time I get home studying is the last thing I want to do!! So instead I get the audio summaries of the material and listen to them in the car on the way to/ from work. Pretty geeky but it means I don’t have to study evenings!

We’ve been big advocates of hiring the younger, inexperienced members of staff and showing them the wonderful world of Financial Services. It’s been great to shape them the Para-Sols way and can’t explain how much of an asset they have been to us as a business.

Cathi recently spoke with Professional Adviser about our graduate recruitment process and what worked for us, it may help you too! We’re no experts in recruitment but by not going down the usual interview only route, we believe we found our stars. You can read the full article here.