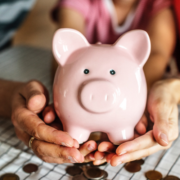 April 6th 2016 saw the introduction of a tapered annual pension contribution allowance for individuals with earnings over £150,000 or individuals who earn at least £110,000 per annum and have an adjusted earnings income exceeding £150,000.

The office of national statistics estimate that there are 790,000 taxpayers earning over £100,000 per annum with 347,000 of these additional rate taxpayers. This means there are a considerable number of individuals who may not be aware of a potential tax charge incurred through pension contributions, whether made personally, as company directors or part of an overall remuneration package.

The following looks at examples of individuals in this position, and what it means in terms of pension inputs and tax charges.

Income below £150k with high employer contributions and fringe benefits

If an individual has a salary of £140,000 per annum and receives employer contributions of £36,000 per annum then for the purposes of calculating their annual allowance the income figure to use is £176,000. What may not be considered is the fact that payments from the employer to a Private Medical Insurance arrangement are also included here. If the value in this instance were £1,400 this would increase income to £177,400.

In this scenario, it could be possible to regain the full contribution allowance by taking the following steps:

This way the individual has access to the £40,000 allowance whilst also avoiding a potential tax charge on excess pension contributions made. It would also help in terms of the personal allowance tax trap.

This can be a useful strategy when the need to maximise pension contributions is important to the individual, whether for retirement or inheritance tax efficiency purposes.

This being said, reducing the employer contribution level and receiving a corresponding increase to remuneration would increase the adjusted income again leading back to a position where a tax charge could occur.

It may not be possible or ideal to drastically reduce the employer contribution level and there is an option to keep this as high as possible without incurring a tax charge. As the contributions affect the allowance, this is essentially a two-stage calculation explained as follows:

By taking this action, the employer pension contributions are only reduced by £6,500 per annum with no tax charge incurred.

Again though, reducing employer contributions and receiving the difference in an alternative manner could nullify the benefits of the above action by increasing income and thus reducing the allowance available

Income below £150k with high contributions and an annual bonus

As the level of employer contributions affects the amount that can be contributed that year, there is a potentially unforeseen problem where significant annual bonuses form part of an individual’s remuneration.

As is stands there is clearly no issue with exceeding the annual allowance with £40,000 available. In this scenario the individual may believe it to be wise to consider personal contributions to utilise this allowance in full

The main consideration here is the potential for a bonus. If an individual contributed up to £13,000 gross personally, perhaps early in the year, they would create a position for themselves where this whole amount would be an excess pension contribution and taxed at additional rate.

Those who have incomes over £110,000 (with and without bonuses) need to take care as to what the level of employer contributions they are receiving are, particularly if they are considering contributing personally.

Those with incomes over £150,000 and below £210,000 need to establish how much employer contributions they are receiving and what the resulting allowance for them is before they consider additional contributions.

The main catching point for employer contributions is that even a slight increase can create a potential issue, due to the nature of the contribution increasing the adjusted income which in turn further decreases the allowance available.

In 2016/17 there are likely to be a significant number of individuals who have some carry forward available to absorb any amounts over the tapered allowance, but this will create an additional consideration in future years when determining what total carry forward this individual might have.

It may ultimately be that for a number of individuals; it is difficult to establish exactly what the maximum contribution level is until the end of the tax year when the position with bonuses/increases to pension contributions can be established. 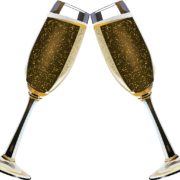 Thank you once again to everyone who took part in our recent survey on outsourcing. The aim of the game was to collate data we could use as content for our White Paper on outsourcing that we currently have in production.

The results were interesting and mostly positive about the overall experience Advisers had had so far when trying outsourcing, the vast majority use outsourced functions as a long term solution for their business, with a high percentage of these recording a ‘great’ or ‘good’ service.

Keep your eyes peeled for our whitepaper which will be available later this year and will go further into detail about the ups and downs of outsourcing and how to make it work for you!

As you know we did offer a little prize as an incentive for taking the time to complete our survey, and we are delighted to announce the winner is Duncan Hannay Robertson at Hannay Robertson – congratulations your bottle of bubbles is on it’s way! 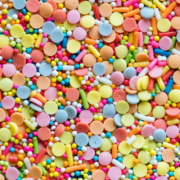 As a growing small business we love nothing more than to see other people within the industry coming up with new ideas, and building their own fledgling companies into a successful operation. Our friends over at Adviser Store have recently celebrated their first birthday, a milestone worth celebrating!

We partnered with Adviser Store earlier this year, as a platform for selling our off the shelf products for advisers and it’s been a great experience working together so far! For more information please click here.

So Happy Birthday Adviser Store! Here’s to many more years! To read the story of their first year of business, please click here. 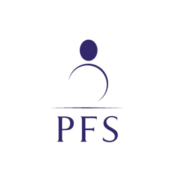 On Wednesday 21st September 2016, the Paraplanners at Para-Sols had a day out in Wakefield to attend the PFS Paraplanning conference, which was very informative and ensured we were all up to date with industry knowledge.

The day started well with tea, coffee and pastries – always a winner! However, that of course was not the real reason we were there.

Nick Edwards at Consultniks got the ball rolling with an excellent presentation on the important tax changes that were introduced earlier this year in the 2016 Budget, such as the new dividend taxation rules. The session was very informative and although we knew the tax changes already, made sure that we understood everything!

Other sessions held throughout the day included a presentation by Joanna Bevan at TIME Investments regarding Enterprise Investment Schemes (EISs), Adam Higgs at F&TRC regarding the software tools available within the industry and Paul Archer at Archer training who ran a session on understanding how to dodge the bullet in the work place and avoid conflict.

Neil Dickey from the PFS, who was facilitating the event, ran through a case study on divorce, which covered areas such as Bypass Trusts, in terms of whether they are relevant today given the introduction of Flexi-Access Drawdown. We love a case study at Para-Sols as it’s much more interesting to apply technical scenarios to a real life situations.

The highlight of the day however was of course our very own Jo Campbell, along with Darren Moore from Towry and Gemma Siddle from Eldon Financial Planning, having a debate (I must clarify this was pre-planned and fortunately did not get heated) regarding the general issues within Paraplanning today, such as whether to bring in a standard or benchmark for Paraplanners. We will leave this to you to decide…

The events are always very worthwhile for Paraplanners to go to, enables you to meet other Paraplanners and help you to keep up to date with the industry! 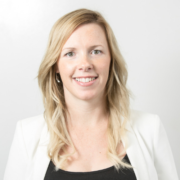 Cathi has been talking to Financial Planning Today about Paraplanning and how we keep up with growing demand. You can read the full article here.

Check out their shiny new online magazine for her ‘Inside My Business’ feature to find out more about how Cathi has made Para-Sols a success over the past seven years, and what she believes the future holds for Paraplanning.