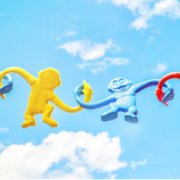 There is a lot of planning merit in looking at the nature of death benefits paid by an existing defined contribution scheme as part of the initial analysis process. Most schemes will typically provide the following (assuming a return of fund benefit):

The main disadvantages facing the client and their family from holding pension funds under the first option are:

There is however a third issue related to the Lifetime Allowance, which the following case study highlights.

The client, aged 66, has recently put a Defined Benefit pension into payment which was initially worth £42,586 per annum plus  a lump sum of £185,000. For the Lifetime Allowance test this was calculated as being £1,036,720 (£42,586 x 20 + lump sum). The necessary Lifetime Allowance tax charge, through commutation of the pension income, has been paid.

The client now has no Lifetime Allowance remaining. There is however an uncrystallised pot worth £56,254 in place which the client is requiring advice on.

In the current format, the pension provider will only pay a benefit on death as a cash lump sum. This would be tested against the lifetime and would, as a lump sum payment, attract the tax charge of 55%. Assuming death were now, the position would be as follows:

The lump sum is not taxed any further as death was prior to the age of 75.

If the client moved their funds to a more flexible provider, the plan could pass to the nominated beneficiary as a nominee drawdown pension. As an income, this would be taxed at 25%:

£42,190.50 paid to a Nominee Drawdown Pension in the beneficiary’s name

As the client was younger than 75 on death, no further tax is payable on withdrawals made by the beneficiary in respect of their Nominee Drawdown Pension. This has a tax advantage as follows:

Through a different pension structure, £16,876.20 less tax can be taken from the pension on death. 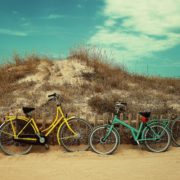 In the second part of the Platform Due Diligence (PDD) and Centralised Investment Proposition (CIP) we look at the ‘what’ in terms of constructing each of these.

What does a good PDD and CIP look like?

At their most fundamental, a PDD and CIP should demonstrate a researched and justified approach you aim to take with a defined bank of clients based on the following:

MIFID II introduced Product Governance (PROD). As part of this, there is a formal requirement on firms to segment clients as part of the service proposition offered to them.

This requirement will work well in tandem with a formal PDD and CIP in providing justification for how clients of your firm are served as part of your ongoing proposition.

What do I need to do to construct a PDD and CIP?

Is the passive fund(s) more expensive than equivalent funds for no justifiable reason?

Is the active fund failing to outperform peers over various measures even with higher costs?

Can the DFM justify their fees when looking at their returns?

You will need access to the following type of tools:

In our final part, we will try and tie together the ‘Why’ and the ‘What’ to show ‘How’ your PDD and CIP can be constructed.