When you exceed the annual allowance through accrual in a final salary scheme, there is the option of ‘scheme pays’ where part of the pension is commuted for a lump sum used to pay the scheme charge.

A deduction is usually made in the year in question and the final salary benefits are permanently reduced from this point. This is usually the end of it. The NHS pension system operates slightly differently in that the payment of a ‘scheme pays’ lump sum is a loan that is recouped when the member eventually takes benefits.

The ‘loan’ attracts interest of 2.80% plus the rate of Consumer Price Index (CPI) inflation so can easily end up exceeding 5% per annum.

It is therefore worth considering whether the default option of reverting to scheme pays stacks up for NHS members.

In 2016/17, the NHS paid out £35 million worth of ‘scheme pays’ lump sums across 3,949 member requests. This year however was prior to the change in rules that allowed scheme pays to be for members subject to the tapered annual allowance. It is therefore reasonable to expect the number to be higher going forward.

We will assume that no carry forward is available.

As is becoming increasingly common in the NHS scheme is the impact of a tapered annual allowance. The Threshold Income is above £110,000 and that means we need to calculate the Adjusted Income.

£23,000 of contributions are personal and these can be subtracted

Based on earnings for the year, the excess would be taxable as follows:

There has been recent press articles about the effective tax rate of over 100% on earnings that tip individuals over £110,000. This is through a combination of the Personal Allowance 60% tax trap and the fact that, in this example, earnings of £3,000 can create additional tax implications of £3,725 (above the income tax and NI the extra £3,000 is already subject to).

Assuming the client does not want to pay £17,725 personally, they would elect for ‘Scheme Pays’ and have the NHS pay the whole amount.

The charge is apportioned between the two schemes so represents a tax charge of:

In five years’ time, this charge has now increased to £22,947.12. Apportioned between the two schemes:

This is how much each section of the scheme owes the NHS. We can now commute the pension for these lump sums. The current factors for a 55-year-old are:

If we apply these commutation rates the reduction in benefits would be:

Another way of looking at this is that by paying a lump sum of £17,725 to settle the tax charge, pension income of £1,701.60 per annum is retained in the scheme. This is effectively a ‘reverse’ annuity rate of nearly 10%.

There are a lot more variables to consider but here are how the personal circumstances of a client could influence the thinking:

Additional points to consider would be the source of the lump sum that could be used to pay the tax charge directly. If this is from post- higher rate tax income then it would feel like a double (and very high) tax charge.

Compared to the options in private final salary schemes, the ‘scheme pays’ function of NHS members needs more thought and consideration. Short of leaving the scheme (which is almost never advisable) these members cannot really plan their way around a tax charge in the scheme.

There could however be scenarios where it makes sense to consider a direct payment of the tax charge incurred, or to have the scheme pay the charge. It may even be advisable to approach this in different ways in different years.

Recent press suggests that a number of individuals are already looking at their income position and actively turning down shifts over fear of the £110,000 threshold. This remains potentially the only major tax planning option in regards to pension accumulation in the scheme.

Annual allowance and tax charge calculations are something we offer as standalone research services. We can cover research and report writing on all aspects of pension contribution / annual allowance and carry forward services. Contact us at hello@para-sols.co.uk or 01325 281 969 if you would like further information. 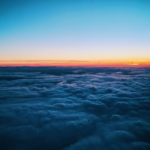 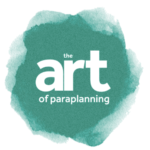