COVID is a very bad thing, but one good thing that has come out of this is that it gave us a gift. A gift of time. And as I always say, time is the one thing that we Paraplanners need the most!

For so long I have been saying “I wish the world would pause for a moment, so I can have time to review the business properly”.  Well it did. And I did.

One of the things I’ve never had time for, and always wanted to have time for, is reviewing our suitability reports. I update them regularly; well the updates dictated by compliance or budget changes, but the fundamentals of it have always remained the same.

We all know that as paraplanners, the reports are our bread and butter; they take up the majority of our day and we’re very proud of the output.

Now, I think our reports are pretty good. We drop the jargon. We split it into three different formats, to ensure we cater to clients with different attention spans. They’re compliant. They are absolutely littered with infographics, colours, tables and charts, to make the information more digestible. They’re great, but can they be better? Can’t everything?

In addition, despite being my life’s work and having my heart and soul poured into them, deep down, I’ve always known there was a very large possibility that those reports were flipped through and popped into a drawer to read ‘later’ (at best). That no matter how many pretty colours or nice graphs we used, the majority of clients would absorb the information given to them by their adviser, ask their questions face to face, and see the report as a formality to back that up.

So, I had a ponder as to whether there was anything that could be done about that:

The vicious circle of reports is the more you try to explain a financial term, the more words you use, the lengthier the report becomes, the less likely they are to be read.

But what if we could take some of those terms, get rid of all the words, and turn them into videos? Or motion graphics? What if we could make the reports interactive, and visibly ‘pop’ so the client wants to at least have a play around with it, if not absorb every single word?

What if we could use animations to show the impact of the advice and the costs and charges, so they were as clear as clear could be? In fact, what if they got all of that information in an app, so flick through in their own time, maybe while on the tube or while in the hairdressers’ chair?

So that’s what we did. We trialled a load of programs and settled on one that can provide all the above and now we can offer “reports” which are sent to the client as a link, and is more of a presentation. Data is hyperlinked to other sites, for example the provider site, so we no longer need to add information on the platform. There are videos explaining risk and death benefits for example.

Some information is hidden until it’s hovered over and it is easily navigated around to go back and forth across the important bits.

And the best thing is?

It’s half the size.

It’s more usable and enjoyable for the client.

It feels more modern and in keeping with the technological age.

The feedback on it has been excellent and I’d like to think, that while there will always be a place in my heart for the current, word reports, that these report types will become the new norm as we drag suitability into the 21st century.

I have no doubt they will change in the future. And I hope they do. But this is a really good start.

Sign up to our newsletter
New reports – who dis? 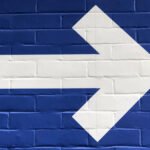 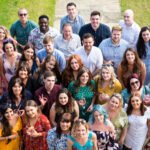 Paraplanner Team of the Year Scroll to top